Update on Newton.
Yesterday, a few of us gathered at The Grove, the little forested area near the Newton Recreation Centre and Arena. We met to share ideas and to brainstorm on ways to make the space a more inviting and vibrant place for everyone. So many creative ideas were brought forth and it was heart warming to see many Surrey residents out in the cold and very wet weather. 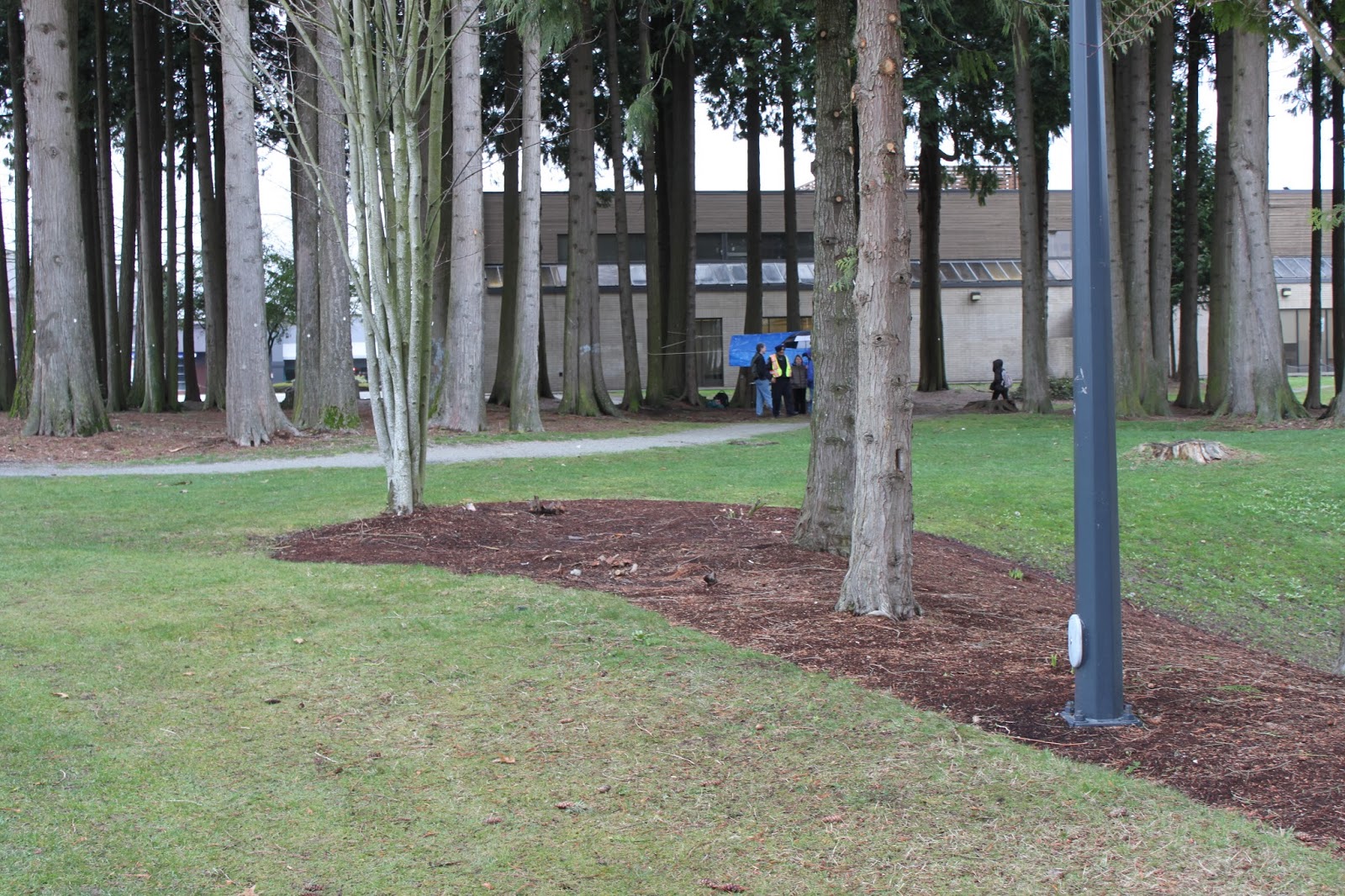 Tomorrow, March 10th, the city is holding a public hearing on the Official Community Plan including plans for its town centres. Newton must be given its fair shake. Residents here have been very patient, but there's a limit to the number of times they will put up with continually being passed over for improved amenities and public facilities.

It's difficult to write about  the murder of Julie Paskall  outside the Newton Arena and Rec Centre on Sunday December 29, without getting emotional. This was the worst kind of crime. An innocent victim beaten to death, most likely by one of the many desperate addicts who now frequent the area.

I moved to South Newton  27 years ago, back when it was still a semi-rural community, with abundant wildlife and babbling brooks everywhere. Newton had a small town feel to it. It was peaceful and safe. It's hard to recognize the place today. It doesn't seem that long ago that I accompanied my now grown-up son to swimming  and skating lessons at the Newton Rec Centre, never fearing once for our safety. That has all changed.

In light of this week's event, we need some answers from Mayor Watts on the ongoing neglect of Newton, the heart of Surrey.


Why did Mayor Watts choose to vote NO against the South Surrey casino last January, knowing that this meant the existing gaming facility would remain in Newton along with slot machines. There could not be a worse location.

Why has the city of Surrey ignored the calls to enforce their own "unsightly property " bylaw and not demolished the former public market building which has remained vacant  for 16 years?  It has been described as a hobo jungle and is a haven for drug users, dealers and squatters. There is a process in place to remove buildings like this and charge the costs back to the land owners along with property taxes. 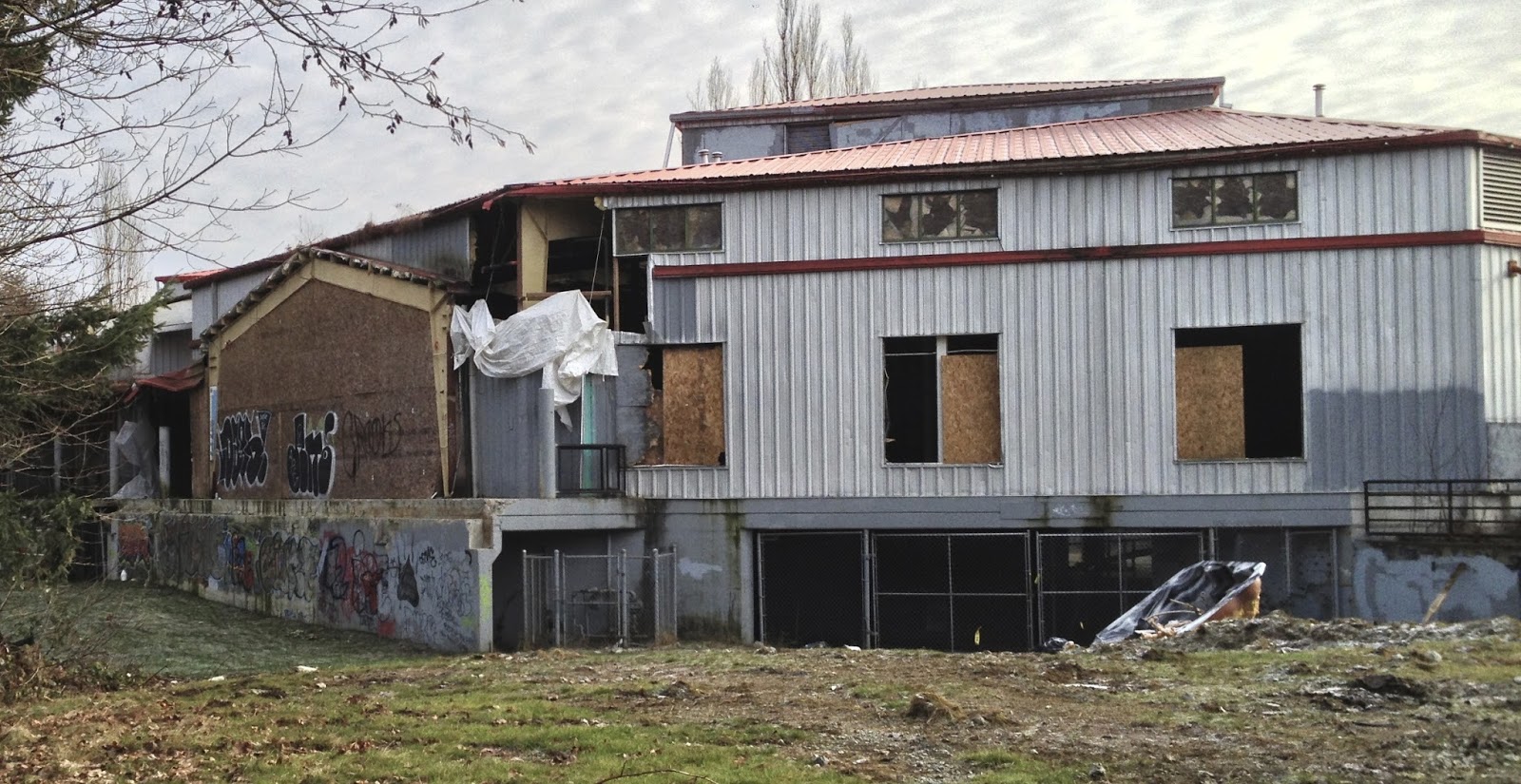 Why were there no police foot patrols in the neighbourhood where Julie was attacked? With a community policing  station  only 2 blocks away, in a neighbourhood known to be sketchy?  Just two weeks before Julie Paskall was attacked, one local paper had a front page story on  the increase in crime in the area.  No action was taken. Nothing.

Why were several lights out at the entrance to the arena on the night Julie Paskall was assaulted? Could something as simple as lighting maintenance have saved her life?

Why can't Surrey get a handle on the explosion of unauthorized rental suites in the city? These suites are often rented by a transient population in what should be single family home neighbourhoods. Home owners are not being held accountable for renting multiple suites in contravention of the city's own bylaw. This needs to be addressed. Perhaps a forum on how to be a good landlord?   Suites and the City? No one objects to one in-law suite, but when we have 6000 sq. ft. homes being built on tiny lots, this is not an extended family living situation. Let's get real. These are multi-unit apartment buildings. Why isn't there real action on flophouses masquerading as 'recovery' facilities, an issue that has been allowed to grow unmanageable  and is in need of immediate and meaningful solutions.

Why do the powers that be in Surrey, continually put themselves in the position of needing to fix problems that by their own decisions they helped create?

In the coming days and weeks, Dianne Watts needs to make some important decisions for the future of her city.
The writer of this blog has been a supporter of Mayor Watts-voted for her in every election. I think I was her 6th follower on Twitter.  And for the last 9 years my spouse and I have owned rental properties  in the City Centre (Whalley) area. We believed in and supported the mayor's drive to revitalize downtown Surrey. That area needed help, but not at the expense of another town centre.  Pushing the problems south along the King George has been a disaster. A Downtown Eastside for Surrey. And, with a mother who lives in the  tonier Morgan Heights neighbourhood in South Surrey, I observe the city from north to south on a daily basis. Big differences.

We don't have all the answers, but now is the time for action and solutions.
We have been told "Newton Next" for too long. What do residents really want to hear? How about "Newton Now".

Let's get to work. First for Julie Paskall and her grieving family, and then for everyone who calls Surrey home.

We've love to hear from you! Add a comment.